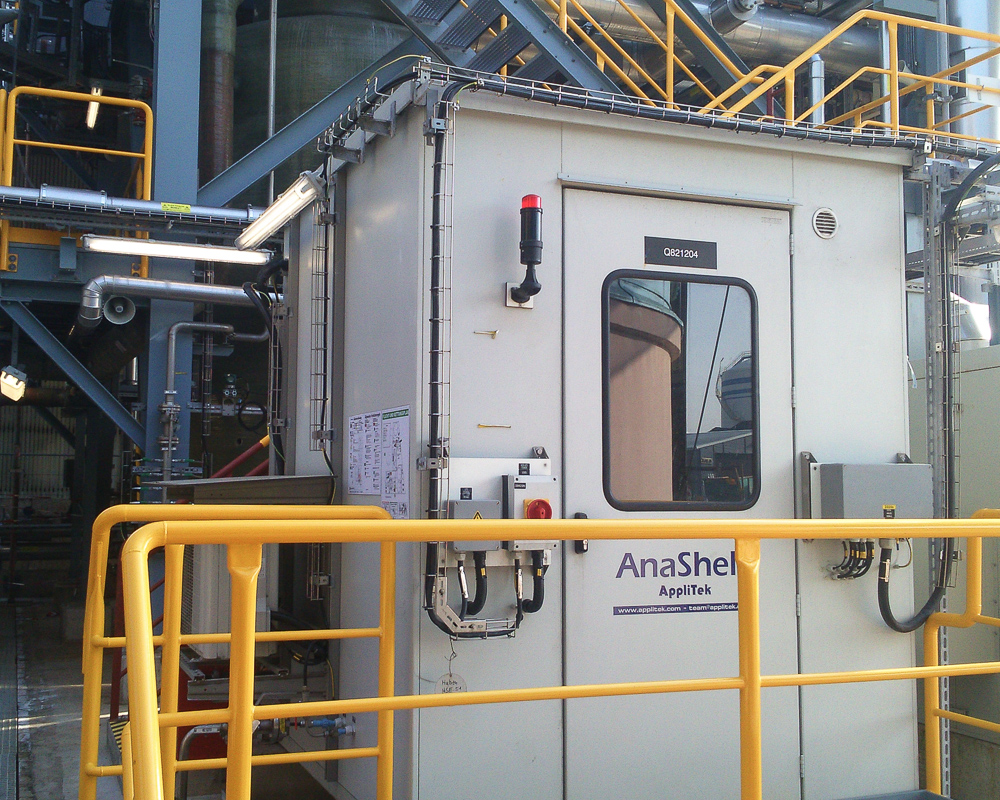 Calcium and Magnesium in Ultrapurified Brine

With the introduction of membrane cells in the chlor-alkali industry, brine purity became very critical for optimal operation of electrolytic processes. An upset in the brine purification process, causing a sudden high concentration of calcium and magnesium impurities, can reduce the performance of the membranes and give rise to exorbitant electricity costs. If the impurities continue to increase to a degree that a blockage or damage is immanent, the membranes need to be replaced. The EZ-Brine™ on-line analyzer system monitors precisely and unequivocally calcium and magnesium levels in ultrapurified brine, and enables operators 100% control over brine purity.

Polyvalent cations such as calcium and magnesium, but also strontium and barium, can damage ion-exchange membranes used for electrolysis applications. Hydroxides of Ca, Sr and Ba precipitate in the carboxylic layer of the membrane and cause mechanical damage (holes) and even formation of blisters. This leads to increases in voltage over the membrane and decreases in current efficiency.